In this guide we introduce the Local Interconnect Network (LIN) protocol basics incl. LIN vs. CAN, use cases, how LIN works and the six LIN frame types.

Note: This is a practical intro so we will also look at the basics of LIN bus data logging.

What is LIN bus?

LIN bus is a supplement to CAN bus.

It offers lower performance and reliability - but also drastically lower costs. Below we provide a quick overview of LIN bus and a comparison of LIN bus vs. CAN bus.

LIN bus vs CAN bus

Below we briefly recap the history of the LIN protocol: 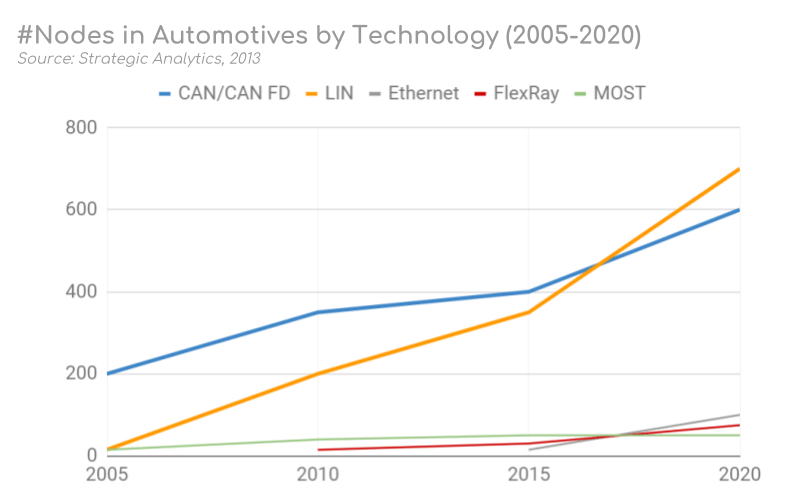 
However, with the rise of LIN also comes increased scrutiny in regards to cyber security. LIN faces similar risk exposures as CAN - and since LIN plays a role in e.g. the seats and steering wheel, a resolution to these risks may be necessary.

The future automotive vehicle networks are seeing a rise in CAN FD, FlexRay and automotive Ethernet. While there's uncertainty regarding the role each of these systems will play in future automotives, it's expected that LIN bus clusters will remain vital as the low cost solution for an ever increasing demand for features in modern vehicles.


As part of designing a more inclusive wording for LIN bus, the CiA/ISO/SAE agreed wording will transition to commander/responder. As such, this will be the de facto standard wording used in most guidelines and LIN bus specifications going forward.

Today, LIN bus is a de facto standard in practically all modern vehicles - with examples of automotive use cases below:

Further, LIN bus is also being used in other industries:

Example: LIN vs CAN window control

LIN nodes are typically bundled in clusters, each with a master that interfaces with the backbone CAN bus.

How does LIN bus work?

LIN communication at its core is relatively simple:

A master node loops through each of the slave nodes, sending a request for information - and each slave responds with data when polled. The data bytes contain LIN bus signals (in raw form).

Below we cover the basics: The LIN frame & six frame types.

In simple terms, the LIN bus message frame consists of a header and a response.

Typically, the LIN master transmits a header to the LIN bus. This triggers a slave, which sends up to 8 data bytes in response.

This overall LIN frame format can be illustrated as below:

Break: The Sync Break Field (SBF) aka Break is minimum 13 + 1 bits long (and in practice most often 18 + 2 bits). The Break field acts as a “start of frame" notice to all LIN nodes on the bus.

Sync: The 8 bit Sync field has a predefined value of 0x55 (in binary, 01010101). This structure allows the LIN nodes to determine the time between rising/falling edges and thus the baud rate used by the master node. This lets each of them stay in sync.

Identifier: The Identifier is 6 bits, followed by 2 parity bits. The ID acts as an identifier for each LIN message sent and which nodes react to the header. Slaves determine the validity of the ID field (based on the parity bits) and act via below:

Typically, one slave is polled for information at a time - meaning zero collision risk (and hence no need for arbitration).
Note that the 6 bits allow for 64 IDs, of which ID 60-61 are used for diagnostics (more below) and 62-63 are reserved.

Data: When a LIN slave is polled by the master, it can respond by transmitting 2, 4 or 8 bytes of data. Since LIN 2.0, the data length depends on the ID range (ID 0-31: 2 bytes, 32-47: 4 bytes, 48-63: 8 bytes). The data bytes contain the actual information being communicated in the form of LIN signals. The LIN signals are packed within the data bytes and may be e.g. just 1 bit long or multiple bytes.

Checksum: As in CAN, a checksum field ensures the validity of the LIN frame. The classic 8 bit checksum is based on summing the data bytes only (LIN 1.3), while the enhanced checksum algorithm also includes the identifier field (LIN 2.0).


Since the low cost LIN slaves are often low performing, delays may occur. To mitigate this, inter byte space can optionally be added as illustrated below. Further, between the header and response, there is a ‘response space' that allows slave nodes sufficient time to react to the master's header.

The CANedge lets you easily log LIN bus data to an 8-32 GB SD card. Simply connect it to your LIN application to start logging - and process the data via free software/APIs.

For example, the free asammdf GUI/API lets you DBC decode your LIN data to physical values and e.g. plot your LIN signals.

Multiple types of LIN frames exist, though in practice the vast majority of communication is done via “unconditional frames".

Note also that each of the below follow the same basic LIN frame structure - and only differ by timing or content of the data bytes.

Below we briefly outline each LIN frame type: 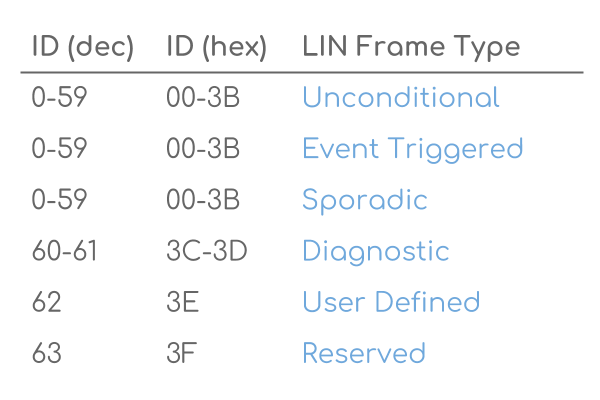 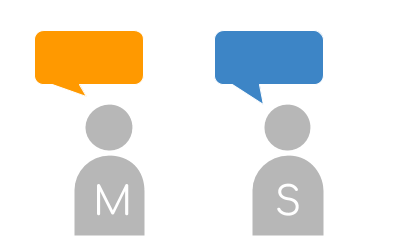 The default form of communication where the master sends a header, requesting information from a specific slave. The relevant slave reacts accordingly 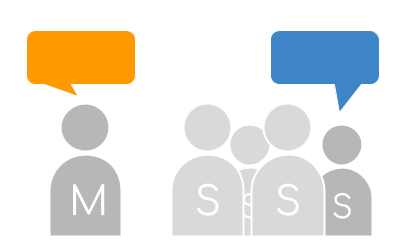 The master polls multiple slaves. A slave responds if its data has been updated, with its protected ID in the 1st data byte. If multiple respond, a collision occurs and the master defaults to unconditional frames 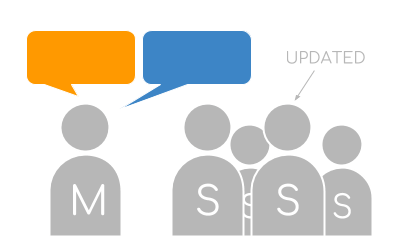 Only sent by the master if it knows a specific slave has updated data. The master "acts as a slave" and provides the response to its own header - letting it provide slave nodes with "dynamic" info 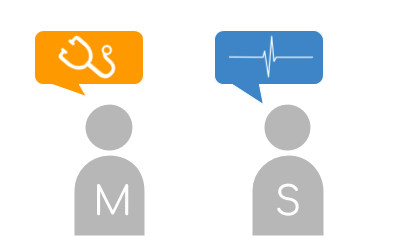 Since LIN 2.0, IDs 60-61 are used for reading diagnostics from master or slaves. Frames always contain 8 data bytes. ID 60 is used for the master request, 61 for the slave response 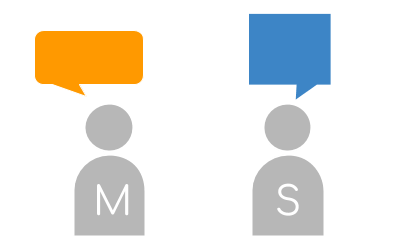 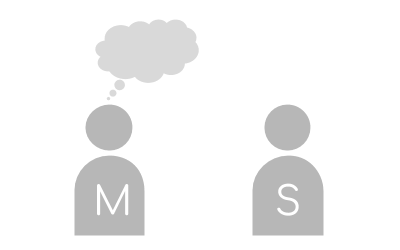 Reserved frames have ID 63 and must not be used in LIN 2.0 conforming LIN networks

Below we include two advanced topics - click to expand.

To quickly set up LIN bus networks, off-the-shelf LIN nodes come with Node Configuration Files (NCF). The NCF details the LIN node capabilities and is a key part of the LIN topology.

An OEM will then combine these node NCFs into a cluster file, referred to as a LIN Description File (LDF). The master then sets up and manages the LIN cluster based on this LDF - e.g. the time schedule for headers.

Note that the LIN bus nodes can be re-configured by using the diagnostic frames described earlier. This type of configuration could be done during production - or e.g. everytime the network is started up. For example, this can be used to change node message IDs.

If you're familiar with CANopen, you may see parallels to the Device Configuration File used to pre-configure CANopen nodes - and the role of Service Data Objects in updating these configurations.

A key aspect of LIN is not only saving costs, but also power.

To achieve this, each LIN slave can be forced into sleep mode by the master sending a diagnostic request (ID 60) with the first byte equal to 0. Each slave also automatically sleeps after 4 seconds of bus inactivity.

The slaves can be woken up by either the master or slave nodes sending a wake up request. This is done by forcing the bus to be dominant for 250-5000 microseconds, followed by a pause for 150-250 ms. This is repeated up to 3 times if no header is sent by the master. After this, a pause of 1.5 seconds is required before sending a 4th wake up request. Typically nodes wake up after 1-2 pulses.

As part of your LIN data logger workflow, you may need to decode your raw LIN bus data to physical values. Specifically, this involves extracting LIN signals from the LIN frame payload and decoding these to human-readable form. 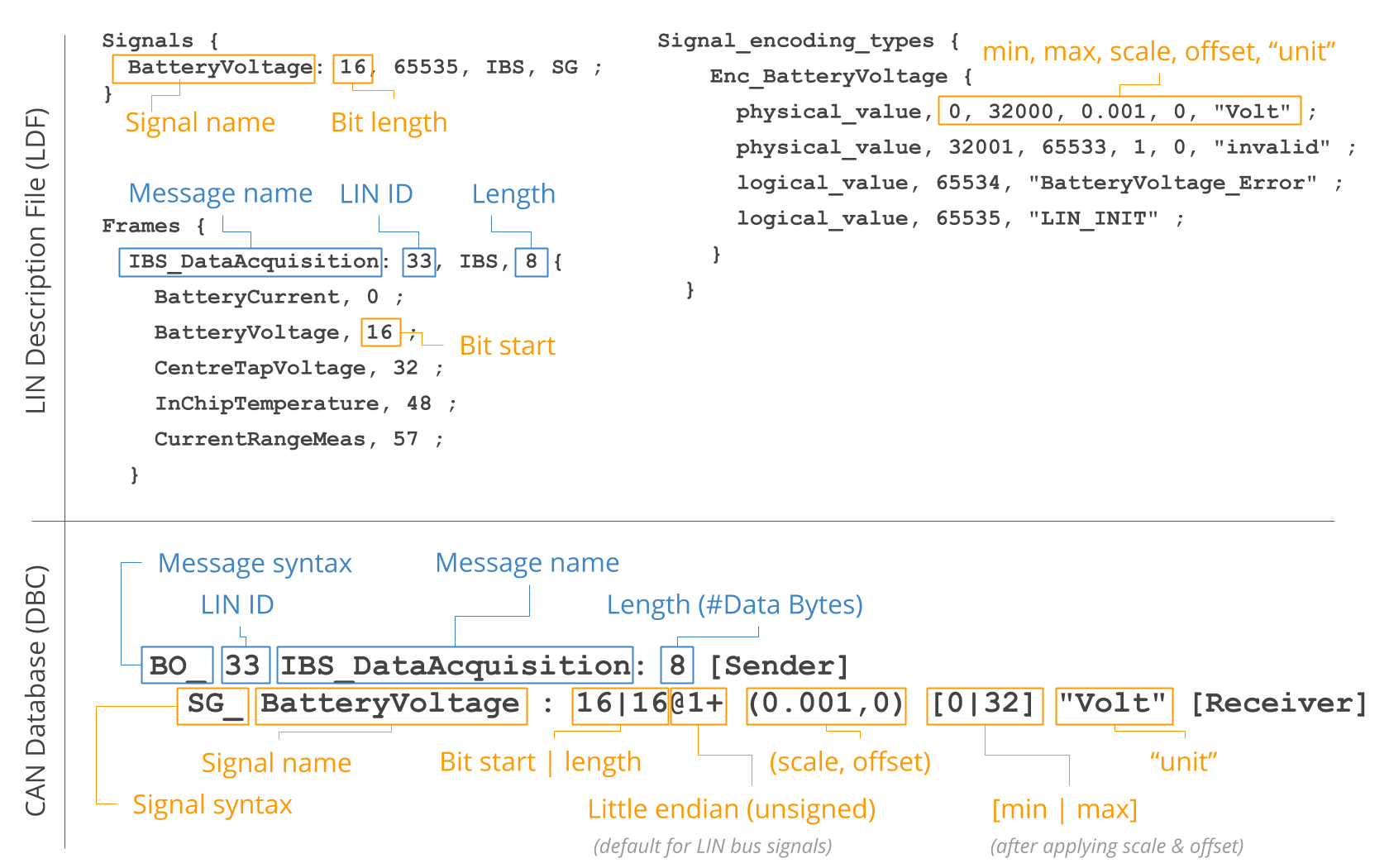 This information is typically available as part of the LIN Description File (LDF) for a local interconnect network. However, since many software tools do not natively support the LDF format, we explain below how to use DBC files as an alternative.


As evident from our CAN bus intro and DBC file intro, the above entries are equivalent to the information stored in a CAN DBC file. This means that a simple method for storing LIN bus decoding rules is to use the DBC file format, which is supported by many software and API tools (incl. the CANedge software tools like asammdf). For example, you can load a LIN DBC file and your raw LIN bus data from the CANedge in asammdf to extract LIN bus signals from the data, which you can then plot, analyze or export.

In many cases, you may not have a LIN DBC file directly available, but instead you may have a LIN description file (LDF). Below we therefore focus on how you can convert the relevant LIN signal information into the DBC format.


Below we provide an example to showcase how you can extract LIN signal information from an LDF and enter it into a DBC file. We use a very simplified LIN description file (with only one signal and excluding some sections).

You can expand the below examples to see the LIN signal, BatteryVoltage, in the LDF format and in the DBC format. You can also download a raw LIN bus log file (MF4) from the CANedge2 with data for this signal, which you can open and DBC decode in asammdf:

Guide to LDF to DBC conversion

In short, to convert an LDF file to DBC, you'll go through the following steps for each LIN signal:

If you're looking to create your own LIN DBC file, we suggest you review our DBC file introduction for details on the syntax, as well as DBC editor tools.

The conversion from LDF to DBC is not entirely 1-to-1. In particular, note how the LIN signal BatteryVoltage has 2 entries for the physical value, one for the decimal range 0 to 32000 and one for 32001 to 65533. In this specific case, only the data in the first range are valid (the unit is "invalid" for the 2nd range). However, in some cases there can be multiple ranges that require separate scaling factors - something which is not possible to handle in the DBC file format. In this case, you will need to choose one of the ranges and e.g. treat results outside this range as invalid.

This is also the simplest way to handle the LIN signal 'logical_value' entries in the Signal_encoding_types section. These typically reflect how specific values of the LIN signal should be treated (e.g. as errors). One way of treating these entries would be to ignore them and possibly exclude them as part of your data post processing - similar to how FF byte values in CAN bus are often excluded as they represent invalid or N/A data.

LIN bus data logging is relevant across various use cases:

A LIN bus logger can serve as a 'blackbox' for industrial machinery, providing data for e.g. disputes or rare issue diagnostics

Do you have a LIN data logging use case? Reach out for free sparring!

Below we list key considerations for your LIN bus data logging:

For standalone LIN loggers, it's key that the device is plug & play, compact and low cost - so as to allow it to be used in scale applications across e.g. vehicle fleets.


Often, you'll want to combine the LIN bus data with CAN bus data to get a holistic perspective of the vehicle in use - for example:

To combine this data, you'll want a hybrid CAN/LIN logger with multiple channels. Further, CAN FD support is also key as it's expected to increasingly be rolled out in new vehicles.


Collecting logged LIN bus data can be a hassle if need to physically extract the data from e.g. large vehicle test fleets. Here, a WiFi enabled CAN/LIN logger can be a powerful solution.

You simply specify a WiFi hotspot that the vehicle will get in range of from time-to-time - and the data will then be uploaded automatically from the SD card when in range. It's also possible to add a cellular hotspot within the vehicle for near real-time data transfer.

Get your CAN/LIN logger today! 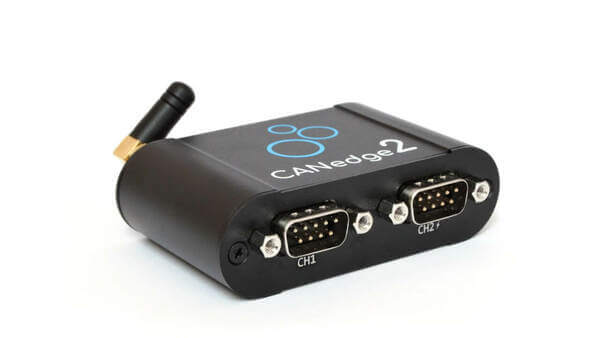